The Saturn-Uranus Square of 2021

It’s like this: when an immovable obstacle meets an irrepressible force of resistance. The eternal struggle between the necessity of order and the necessity of change. It’s not an easy place to be –a rock and a hard place. Or more like a boulder and an uprising.

Saturn: The last visible planet. The keeper of boundaries. Lord of Limits. Structure. Order. Necessity. Control. Tradition. Maturation. Gravitas. Confinement. Authority. Endurance. Response-ability. The weight of the past. The harvest of time. No freebies advertised. Consequence is the natural law of the land.

First, some history. It’s only proper as a paean to Saturn.

The turn of the last century saw these two in a fixed square involving Taurus and Aquarius (their sign-based residency then was flipped around). This brought on the bursting of the Great Tech Bubble, and a Y2K millennialism that both have a resonance with today’s sci-fi techno-economic concerns.

The last time Saturn was in Aquarius squaring Uranus in Taurus was 1522, the height of the Reformation –a textbook case study of innovative, enduring technology (the printing press) wedding itself to social upheaval and political transformation.

And let’s not forget the very discovery of Uranus in March 1781 occurred at the culmination of the Enlightenment, the American and French Revolutions, the Industrial Revolution, and the beginning of Romanticism. Surprise, surprise, there was a strong aspect of Uranus in opposition to Saturn then.

Breaks or brakes. Or both. It’s obvious we are living in insurgent times. Across the board –technologically, politically, economically, culturally– revolutionary revisioning is in the air. And so is the resistance: whether it be a seemingly sensible and cautious reformism, or draconian measures to maintain the illusion of safety, or worse, outdated and status quo structures of power.

So here’s this season’s rub. What’s so historically unprecedented is the lack of clarity around who is on what side, which is the side of “the good,” and what the sides of the conflict even are.

The fog is thick these days, and so is the grasping for certainty and credence.  Saturn-Uranus has been described as ‘democratic in spirit and autocratic in method.’

Have you ever heard of the ‘revolutionary’s riddle,’ also known as ‘Che’s catch-22?’ What happens when the freedom fighters become too rigid? Many, many dictatorships began as populist movements with a serious and liberatory claim to virtue.

A little warning for revolutionary times: every side is potentially in danger of converting into that which they deplore. It’s easier than we’d like to think. Maybe now would be a good time for us all to question those dangerous moralistic trips that the heroic ego loves so much. I know, it’s sexy and doesn’t cost much to be right, but the costs accumulate quickly through the unintended consequences of complex systems.

Ever hear of the insular cortex? It’s a small part of the brain that’s connected to higher consciousness, compassion, empathy and self-awareness. Years of research in evolutionary neuroscience has proven 2 things: social media destroys this part of the brain, leaving us more locked into our reptilian fight or flight responses. Meditation and mindfulness on the other hand develop it.

Beneath all the hype and fear and grasping, there is a true authority. Auth-, from latin auctor: “A trustworthy creator, one who causes growth.”  To be a true authority is to become authentic –participating as an integral author in this co-creative mystery. It’s a generative stance. The culture we seek to create is the one where we turn our small, inner authoritarians into authors of the great romance, a sort of noble courting of all that’s holy.

So we tread cautiously. It’s clear we need some motion. Spanda. Movement. Vibration. The pulse of the generative. That moment when the contracted and rigid releases and expands. The seed cracks open. Who we are takes that subtle and potent turn away from an unnecessary either/or identification, and orients towards that larger and more collective sense of Self. There we find ourselves becoming so much more. And so much more free. 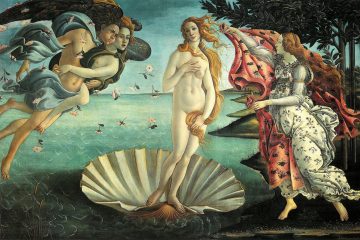 The Starry Threads of Fate & Fortune:December 2021 Venus Meets Pluto and Retrogrades over the rocky Capricorn terrain of 2020. Remember Capricorn 2020? The astrology of plagues and dis-aster (ill-fated stars). There was the volatile Read more…

Astrology, the Grief Pipe & the Modern World Let’s take a moment and try to bridge our understanding of Astrology from the marginally meaningful and generalized pop culture horoscopes of today to the exalted high Read more…