Shake Your Chains to the Earth Like Dew: Jupiter Into Pisces

Grief is not a preference, for choosing to not have grief when grief is there is to defer and burden someone else with having to do your grieving. This makes the world a sick place.

It’s the long-awaited Jupiter ingress into Pisces. Other than a brief dipping of it’s toes into Pisces this last summer Jupiter has spent all of 2020 & 2021 handcuffed to Saturn in Saturn’s hometurf. Jupiter has shaken the shackles off, but the effects of the 800-year Jupiter-Saturn Great Mutation cycle of 2020 will play out over a lifetime. The last time we had Jupiter-Saturn meet up for such an epic cycle in Aquarius we met Genghis Khan and bubonic plague.

The work is hefty, but now we come to Jupiter on their own mystical, boundless terms:
Surrender to the sublime.
A transcendent refuge,
The endless sea of awareness.
At home in the Imaginary Realm

Let us welcome the additional elbow room for a heightened emotional and psychic sensitivity. The visionary imagination is appreciated –and needed– more now than ever. Our sacred mutual wound braided together with the heart of compassion consciousness will take us to the edge and beyond of where we need to go.

As the world scene has become more hot, crowded and dense it’s become somewhat uncool to go the transcendent path. To many it stinks of rejecting embodiment, ignoring the body politic, or neglecting the practical layers of certain social responsibilities. The phrase “spiritual bypass” comes to mind, and with it an armful of shaming and political self-righteousness. And there is good fodder there –certainly the ego’s grasp at transcendence can be an abusive shortcut, an offense to the holy, a fantasy-based denial of the web-of-life.

But the transcendent function doesn’t have to be a sloppy privileged ignorance of worldly sorrow, or a blissed-out escape from the pain of the personal, social and ecological body. In fact the way to get there is through hard-earned contact with the immense suffering down here on planet Earth. Buddha awareness 101: the truth of suffering, it’s causes, and the path that leads to its cessation. It’s not a path of fun and games, although deep humor and genuine play complement the work.

So, here is a big question for Jupiter in Pisces times: How do we drop into a state of open-heartedness that feels so big into the collective ancestral trauma of existence without being swallowed up or numbed out because the pain is seemingly endless?

It’s the sort of question any of us might want to seriously contemplate before considering taking the Bodhisattva vow.

The are two Piscean medicines available to us — evidence-based and time-tested by the soul. Grief & Open-awareness. Let’s tackle grief first.

As we shake our personal chains to the ground, remember, from that expanded place of freedom we are opening up to a deep dive that much further into our collective grief and karma. Voluntarily, or not, the last couple of years has brought many of us to the grief pipe for a toke of soul-making and bleak grounding. Plague. Death. Distance. Isolation. Sickness.

When the immensity of the mystery works its way upon us the pain and discomfort can at times seem unbearable, but as we learn to lean in and sit with it something in us breaks open. The sacred rupture. Deep breaths. Body awareness. Feeling all that there is to feel. Our felt-sense of the grief –and the river of tears it fashions– is the liquid bridge that creates a deeper safety and connection than any ego can provide. It’s the sort of sanctuary that tethers our open hearts to the center of the cosmos.

If you have ever uttered a grief wail you will recognize the sort of visceral and mythic belonging that Jupiter in Pisces brings. The higher self is there as witness as the open weeping, thumping heart tethers itself back to the center of creation. The chest pulses from the origin point, from the shores of the great silence. And you absolutely know that your raw salty tears are feeding something both in the land you lay upon, and in the invisible realm where no words can reach.

I remember the first time I wept in the presence of an old growth forest on the Olympic Penninsula. I could feel my tears reach across thousands of miles to the forests of my home in southern Appalachia. And across thousands of years back into the primordial hardwoods that for so long blanketed the mountains of the Allegheny Plateau, back to a time before the metal teeth and greed arrived upon the scene. I knew then that the watery Piscean portal could be a doorway through time and space. Grief as transcendent.

Grief medicine is the medicine that feeds the heart, praises the holy, and re-orients the soul back towards the sacred wounds we all share.  It is a pathway of real expansion and compassion. Hard won and worth the pain, it’s what we all need to step up to the challenge of adding a little more love and empathic light into the world.

Grief is not a preference, for choosing to not have grief when grief is there is to defer and burden someone else with having to do your grieving. This makes the world a sick place.

Like light, matter, sound, and energy, grief will eventually manifest even among those in the future who did not consciously experience the loss. So, best to grieve when it’s time to save the world s lot of war and trouble.

Grief is not sorrow, though there are certainly stages of grieving that are sorrow-filled. Real grieving refuses to remain in sorrow.

Grief has a sound, a sound that embarrasses the repressed and offends the oppressive; grief is the sound of being alive.

Grief is the best friend of Praise, because Praise is a grandiose griever. Grief and Praise are renters whose landlord is Love. 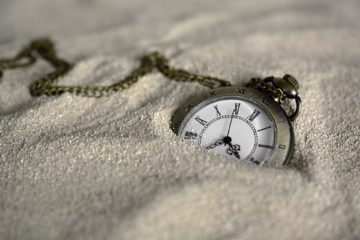 Healing, Auspicious Timing & The Moon (The Astrology of Healing Series)

A friend who is an acupuncturist, ceremonialist & grief counselor recently asked me for advice about the most auspicious timing to host and facilitate several grief rituals. As with so many questions regarding astrology, my Read more…